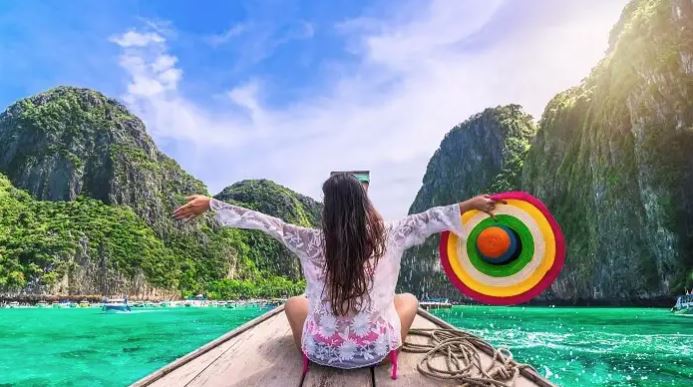 Set sail on a journey of discovery and allow us at travelpirates.com to help you experience smooth travel and a vacation of a lifetime. We are a high-end travel company that takes care of high-profile clients in the entertainment industry. We deal with vacations, hotels, flights, and cruises.

Come for the private experience and stay for the comfort. We have over 45 years of experience in this business, which enables us to provide a very bespoke service where we can recommend private accommodation and travel, plus our celebrity care package can also include additional personal security and concierge services. Whether you are travelling alone or with family, we do our utmost to put your safety first and can provide a bespoke service that can change as you wish during your getaway.

For 2022, we present the top 10 recommended getaways from around the world. Introducing hot sports, beaches, hotel suggestions, and events that will be featured throughout the year ahead.

Location: The Goa state is on the western side of India and is a picturesque place with long stretches of coastline that meet the Arabian Sea. The capital of Goa is Panaji and is home to a population of 1.8 million Indian nationals.

About: Goa presents residents with a simple life, one which offers up immaculate beaches and places of worship. In the capital, Goa is a thriving tourist destination that provides casinos, restaurants, nightclubs, and galleries. Panaji is a beautiful yet bustling metropolis that oozes Portuguese architecture and is full of colour. Every corner turned in Goa offers up something wholesome and new to the experience of the place.

Location: Dublin is the capital to the Republic of Ireland, which is located on the eastern side next to the River Liffey.

About: Dublin is a highly popular destination for travellers from all four corners of the world. Dublin is packed with history, folklore, and stunning landscapes. While the weather may be testing for most parts of the year, as a cultural experience it is definitely the best going. Dubliners are just as famous as their hometown; you’d be hard-pressed to meet any other human that is as funny and generous as the Irish.

Location: Southeast of Australia is where New Zealand floats in the Pacific Ocean. It is comprised of two landmasses, the south, and the north. New Zealand is the 6th largest island country in the world.

About: One of the most picturesque countries in the world, New Zealand is stunning with lush landscapes, waterfalls, lakes, and mountains. It was the backdrop for the Hollywood movie Lord of the Rings and is popular for its sheeping industry (more sheep than people), fruit, the kiwi bird, and hosting the town with the longest name in the world, which we are not even going to attempt to type in as it would take up more space than this review.

Location: Formally known as the city of Bombay, Mumbai is another city on the west coast that is also India’s largest city.

About: Mumbai is a very metropolitan area with the highest number of billionaires and millionaires of all India’s cities. The capital is home to three heritage sites which are the Elephanta Caves, the Chhatrapati Shivaji Terminus, and the Maharaj Terminus. The architecture of the city is an array of Art Deco and Victorian that was inherited during the 19th and 20th centuries mainly due to the British Commonwealth rule that Indian went through before their independence in 1947.

Location: This is the capital of the province of Ontario, which is a major Canadian city that borders with U.S states New York and Michigan.

About: Being the largest city in Canada, Toronto is a business and finance hub, leading the world in technology, entertainment, and culture. The city is home to a mass multicultural environment, which is joined by the many incredible trees that still remain despite the development. There are 7 sports teams inside the capital that include the Raptors, Maple Leafs, Blue Jays, Toronto FC, and York United FC, to name a few.

Location: The Island of Malta is an archipelago located in the Mediterranean just south of Sicily and north of the African Cost near Tunisia.

About: Malta is a casino mecca and home to Europe’s largest licencing body. It’s the Med’s own Monti Carlo, and if you find yourself not gambling inside one of their luxurious casinos, you will be at the beach, enjoying local Mediterranean cuisine, or enjoying the sights and sounds of Malta’s nightclub scene that is prominently based in the town of Paceville. Malta is a filming location magnet and has played home to many Hollywood movies that include Game of Thrones, World War Z, Gladiator, Jurassic World: Dominion, and Troy.

Location: Wembley is a northern suburb of west London. It is home to the famous sporting and events stadium and can be accessed via the Charing Cross rail line.

About: The pinnacle of sports in held here inside the newly refurbished stadium. Wembley as witnessed landmark moments in sport, especially none more so than when England won the 1966 World Cup. Wembley as an area also boast pleasant surroundings with Wembley Park in the area. Access to the area can be made by train, underground, bus and is linked to major motorways.

Location: Located in the southwest region of South Africa, this port city is home to the Table Mountain and not too far from Robben Island

About: Whether you want to breathe in the mountain air at insane altitudes or risk life and limb with shark cage diving, there is a lot to be had between both ends of the spectrum in Cape Town. As a tourist destination, it is one of the safest locations in South Africa. It oozes natural settings and is classed as the Beta World City. A marvellous experience that very few places in the world can match.

Location: The capital of Germany is rich in history and is one of the EU’s most popular destinations.

About: Berlin is culture, art, and drinking, all in massive quantities. It’s become somewhat of a hip and trendy capital that has sprung out of a new-wave art scene. It is packed with museums and galleries, plus travel can be enjoyed through its many canals. There are many historical landmarks here that provide a unique contrast to the incredible nightlife that can happen here.

Location: The capital of France where you can locate the Eiffel Tower.

About: Known as the most romantic city on earth and with good reason. Paris is a splendour awash with stunning architecture, lovely housing, and backstreets. Paris is a maze of culture, with much art and musical influence. You, of course, have the food and the fashion of France, in general, that is ideal for any holiday and shopping spree.